The Fonds de recherche du Québec and the Québec City Convention Centre today announced the recipients of the 3rd edition of the Soutien à l’organisation de congrès internationaux awards held by the Québec City Ambassador’s Club and the Fonds de recherche du Québec. These 4 grants, totalling $30,000, recognize the work of 4 researchers who, by investing time to organize scientific conferences, will generate significant economic benefits and contribute to the community’s reputation. 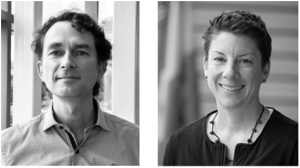 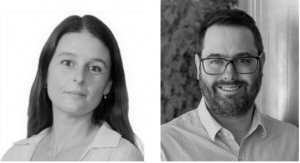 “It is important that our scientific community invests in the organization and attraction of international conferences in Québec City. These awards aim at this recognition. These major events generate economic and social benefits, but also scientific benefits through the rich exchanges that take place and the networking potential for our researchers,” Rémi Quirion, Québec’s Chief Scientist.

“It is with great enthusiasm that we collaborated again this year with the Fonds de recherche du Québec to highlight the efforts of influential people in the confirmation and organization of scientific conferences. It is because of their involvement that Québec City stands out internationally as a destination of choice for major conferences. The resulting benefits and influence are significant for society,” Pierre-Michel Bouchard, President and CEO of the Québec City Convention Centre.

About the Québec City’s Ambassadors’ Club

One-stop-shop for advisory services, the Québec City’s Ambassadors’ Club supports and assists local experts and leaders in their efforts to organize an American or international conferences in Québec City by providing tools, resources and financial support programs. It brings together 150 influential and dynamic ambassadors who have organized a conference or have a viable project in progress. Its mission: to stimulate business tourism and facilitate the holding of American and international conferences in Québec City.

Through its activities and mission to attract conventions and major events, the Québec City Convention Centre generates significant local economic benefits, while enhancing Québec City’s reputation around the world. The Centre is certified LEED-CI Gold, EB Silver, and AIPC Quality Gold—the highest certification for quality in the industry—and was named World’s Best Conference Centre. It is known for its high management standards, its staff’s ability to think outside the box, and its outstanding customer service.

The Fonds de recherche du Québec, which reports to the Québec Minister of Economy and Innovation, is tasked with nurturing the strategic and coherent development of research in Québec, funding Québec research and researcher training, creating partnerships that will enable them to fulfill their mission, and promoting and supporting knowledge mobilization.