Support to organize international conferences in Québec: $30,000 awarded to researchers at Université Laval

The Fonds de recherche du Québec and the Québec City Convention Centre announce the winners of the Soutien à l’organisation de congrès internationaux awards held by the Québec City’s Ambassadors’ Club and the Fonds de recherche du Québec competition, which is in its 2nd edition. Four grants are being awarded, totalling $30,000, to recognize the work of four researchers who, by investing time to organize scientific conferences, will generate significant economic benefits and will contribute to the community’s reputation. 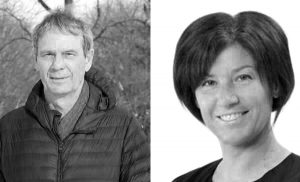 Marie-Hélène Gagné
Université Laval – School of Psychology
International Society for the Prevention of Child Abuse and Neglect Conference: caring communities to improve the well-being of children and families, 2022 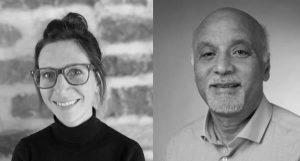 “These awards underscore the importance of our scientific community’s investment in drawing major international conferences to the city. These events generate positive scientific, social and economic impact for the local community. On behalf of the Fonds de recherche du Québec, I would like to congratulate the winners and pay tribute to their dedication,”

“The involvement of influential people in the organization of scientific conferences in Québec City is more important than ever. It is with enthusiasm that we collaborated again this year with the Fonds de recherche du Québec. In addition to distinguishing themselves in their area of excellence, these scientists contributed, through their commitment, to Québec City’s international reputation for innovative and strong industries.”

About the Québec City’s Ambassadors’ Club

One-stop-shop for advisory services, the Québec City’s Ambassadors’ Club supports and assists local experts and leaders in their efforts to organize an American or international conferences in Québec City by providing tools, resources and financial support programs. It brings together 150 influential and dynamic ambassadors who have organized a conference or have a viable project in progress. Its mission: to stimulate business tourism and facilitate the holding of American and international conferences in Québec City.

Through its activities and mission to attract conventions and major events, the Québec City Convention Centre generates significant local economic benefits, while enhancing Québec City’s reputation around the world. The Centre is certified LEED-CI Gold, EB Silver, and AIPC Quality Gold—the highest certification for quality in the industry—and was named World’s Best Conference Centre. It is known for its high management standards, its staff’s ability to think outside the box, and its outstanding customer service

The Fonds de recherche du Québec, which reports to the Québec Minister of Economy and Innovation, is tasked with nurturing the strategic and coherent development of research in Québec, funding Québec research and researcher training, creating partnerships that will enable them to fulfill their mission, and promoting and supporting knowledge mobilization. To learn more, go to: FRQSC, FRQS, FRQNT.